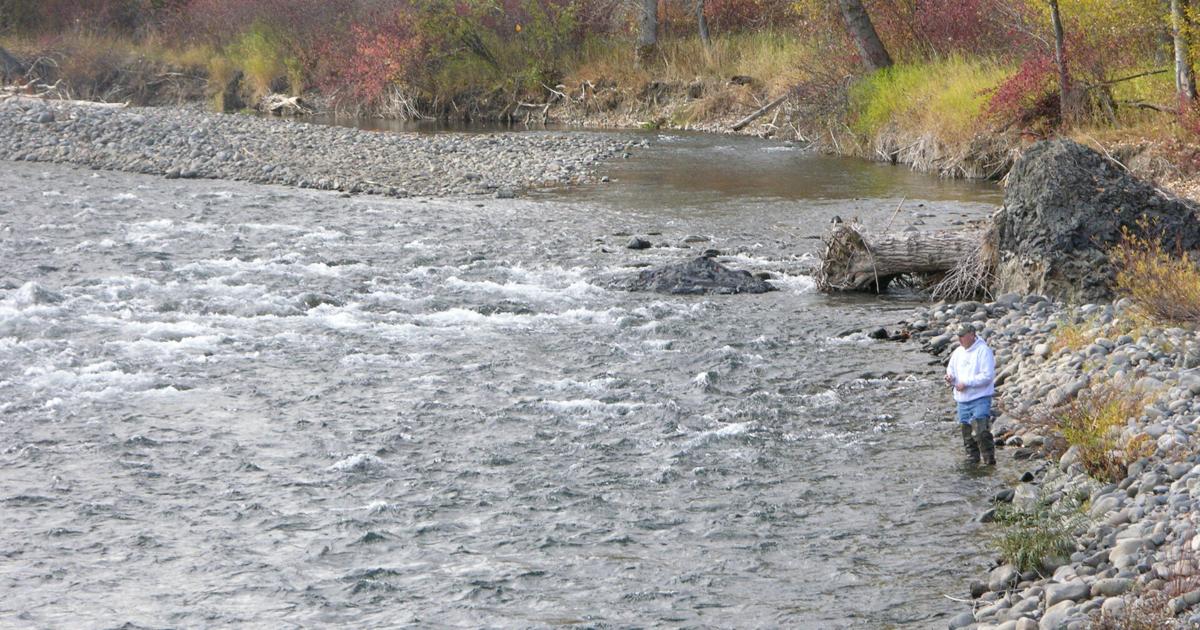 When I was a kid, I spent most of my fishing time on the local streams around Central Washington.

I didn’t know what a salmon or a walleye was, but ask me to go catch you a couple of fat rainbow trout for dinner, and I could get ‘er done.

Friends and I would ride our bikes down to Cowiche Creek, or one of our parents would drop us off on the Naches or Tieton rivers and we would spend the whole day on, near or in the water.

And we caught some nice fish.

Times have changed for sure. Some of the biggest fish we caught on the rivers back then were what we called dolly vardens. Now they are called bull trout and you can’t keep them because they are protected.

We caught rainbow trout, brook trout, cutthroat trout, and even the occasional white fish, too. Somehow, we avoided the occasional confrontation with a rattlesnake, and rarely did we fall in, although since we were wading in cutoffs and tennis shoes, we were usually wet to our waists anyway.

The same rivers and creeks we fished some 50 years ago are still worth fishing today and the dog days of summer are a great time to fish them.

Since those days, the regulations on the local rivers have changed. We used to float the upper Yakima River in rubber rafts and caught some beautiful rainbows on grasshoppers and nightcrawlers.

The upper Yakima is now a fly angler’s paradise with folks coming from the Puget Sound area and elsewhere to work the pools and riffles of the beautiful river with an assortment of flies. Today it is all catch-and-release.

Both the Naches and the Tieton rivers can also provide some excellent fishing for native trout during the late summer. And, when the temperatures hit triple digits, both can offer a little break from the searing heat.

The rivers flow out of the Cascades, with the Tieton following US Highway 12 from Rimrock Lake, and the Naches flows along State Route 410 through the Nile and Naches Valleys, all the way down to Yakima.

The Washington Department of Fish and Wildlife stopped planting the local streams with trout a number of years ago, and at that time set up regulations on both streams to allow for the fish to repopulate the streams naturally.

Over the years, that plan has worked. There are now good numbers of trout in the Yakima, Naches, Tieton and others. Some of the fish have grown to pretty decent sizes.

The lower portion of the Naches River, from the confluence of the Tieton down to the mouth, where it flows into the Yakima, along with the stretch above the confluence of Rattlesnake Creek, falls under selective gear rules.

The daily limit on the Naches below the confluence of the Tieton is two trout per day. And those trout must be a minimum of 14 inches long to be kept.

The Tieton River is a little less restricted. The entire river falls under selective gear rules, but anglers can keep fish under the statewide minimum size and daily limit regulations.

Both rivers have pretty good access along the two highways and from campgrounds located next to the rivers, but they also flow through private property in several spots. Just make sure that if you are crossing fences to get to where you want to fish, that you get permission from the landowners first.

The secret to success on all the local rivers is to move upriver or down and look for good fish-holding water. These spots are not hard to find, but the farther you get from the parking spots, the better the fishing will be.

The Yakima River provides some excellent fly fishing, but the Naches and Tieton are also a good bet during the evenings of these hot summer days. A caddis imitation or terrestrials like ants, beetles or grass hoppers will work well.

Attractors like the Royal Wolf or the Royal Trude, a Bead Head or Bead Head Pheasant are also good Naches and Tieton River flies.

As is the case with the Yakima River, Naches and Tieton River trout will also readily take a single-hooked spinner, too. Always productive are black, brown, or white Rooster Tails or Vibric Rooster Tails in ¼ or 1/6th of an ounce.

One thing that hasn’t changed much in the past half century, especially on these hot August days, is the possibility of coming across a thirsty rattlesnake along the river’s edge. So, keep an eye on where you step, especially if you are working through grass and brush between holes.

The fishing is normally good on our area streams this time of year, but when it is 100 degrees in the Valley, and you are standing thigh deep in a cool stream, with pine and fir trees all around, does it really matter if the fish are biting?